You may know her from LA MUERTE VIVIENTE (American title: ISLE OF THE SNAKE PEOPLE), one of the four Mexican films starring Boris Karloff. Tongolele (birth name: Yolanda Ivonne Montes Farrington). She did some fine dancing with snakes in that film. Tongolele was a renowned performer and star in Mexico for many years before working on LA MUERTE VIVIENTE, so her appearance in it was a major plus to Mexican and Latin audiences. Surprisingly, not born anywhere in or near Mexico, but in Spokane, Washington.

Tonight, Club de los Vampiros i Monstruos presents ... Tongolele, whose hips have a dangerous language of their own.

Whenever I watch EL ESPEJO DE LA BRUJA (THE WITCH'S MIRROR, 1960), I'm struck by the allowance of gruesome flesh and blood in the film. The effect of severed hands is simply done, yet the outcome is no less shocking. 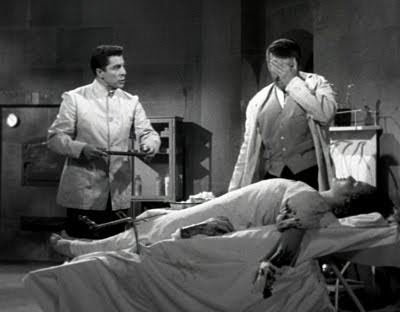 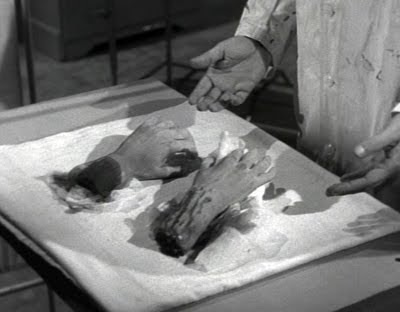 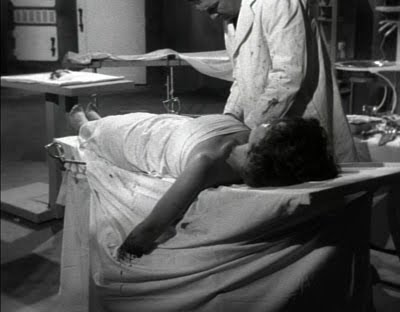 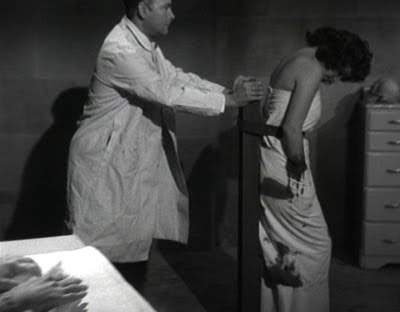 These screen captures are taken from the very commendable DVD release from CasaNegra, a company that's not around anymore, unfortunately. Used and mint copies available from Amazon.com.
Posted by Mirek at 10:49 AM 1 comment: 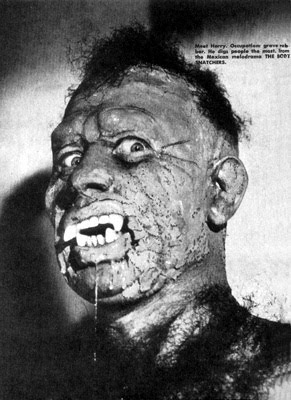 "Meet Harry. Occupation: grave robber. He digs people the most."

The classic FAMOUS MONSTERS magazine would frequently have photos from Mexican horror films in its pages. And once in a while an article on Mexican horror.

The above page appeared in the first issue of FAMOUS MONSTERS, February 1958. The photo is from the 1956 classic lucha-libre monster film, LADRON DE CADAVERES (THE GRAVE ROBBER). And that's Wolf Ruvinskis under the make-up.
Posted by Mirek at 6:14 PM 1 comment: